9 Tips To Cut Your Salt! 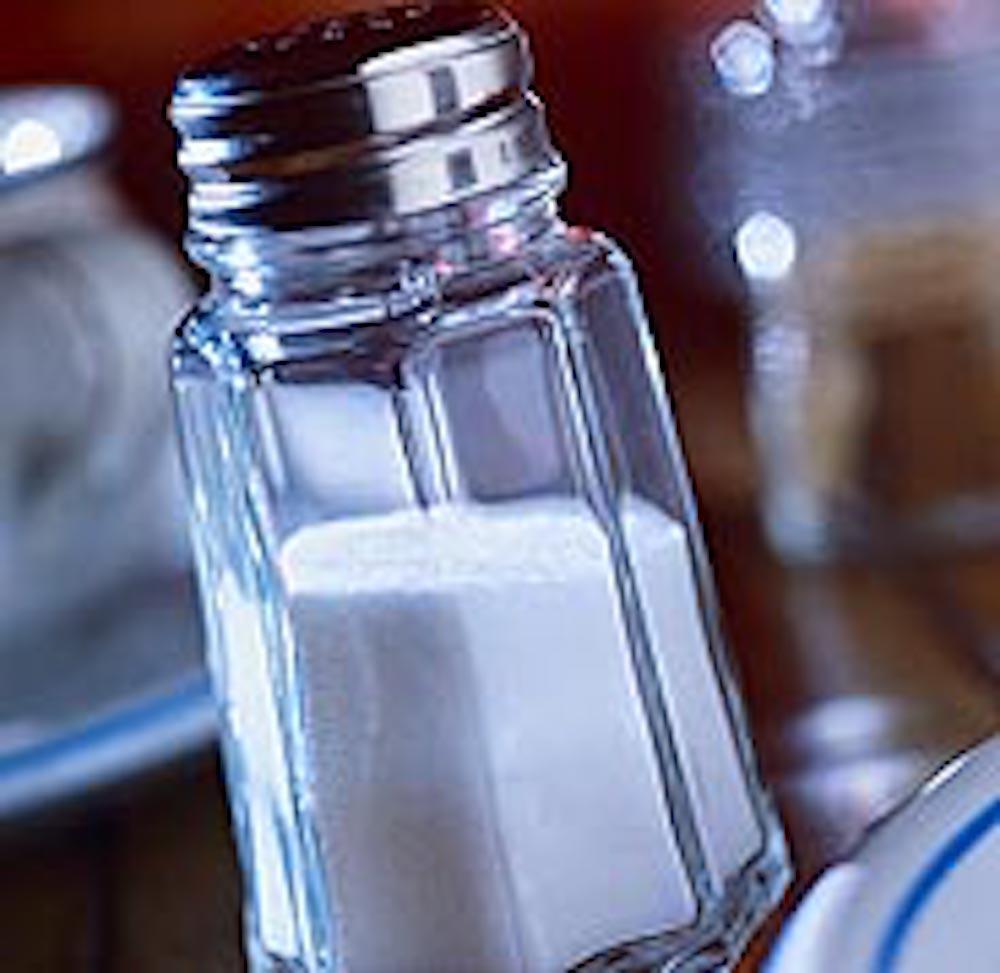 The consequences of too much salt are hypertension and/or high blood pressure, which increases the risk of a stroke or heart attack. Two studies reported in the British Medical Journal showed that people who cut back on the amount of salt in their diets by just 25-35% per day could reduce their risk of cardiovascular disease by as much as 25% and lower their mortality rates by 20%. The American Medical Association (AMA), the American Heart Association (AHA), the American Dietetic Association (ADA), and the National Institutes of Health have begun a campaign to cut the salt intake of Americans by one-half.

Fast Facts
1. Table salt is sodium chloride and is 40 percent sodium by weight.
2. The FDA recommended daily allowance is 2,400 mg, equivalent to one teaspoon (The Institute of Medicine recommends even less—1,500 mg per day).
3. 80 percent of dietary sodium comes from eating out and from packaged and processed foods.
4. The average American consumes 4,000 to 6,000 milligrams of salt per day.
5. Salt is used for taste, to preserve foods, and provide texture.
6. About 12 percent of the sodium in our diets comes from adding salt and sodium-containing condiments to what we cook and eat.
7. Even some drugs (antacids, for example) have high amount of sodium.
8. 90% of Americans will develop hypertension unless they take steps to prevent it.

Add It Up – Salt In Your Food!
Identifying products that are high in salt is a good place to start. We need salt to maintain a balance of body fluids, to transmit nerve signals, and for muscles to function properly. But we don’t need as much as most people are getting.

9 Ways You Can Cut Back
1. Choose fresh, frozen, or canned foods that don’t have added salts. Do the same for nuts, seeds, dried beans, peas, and lentils.
2. Limit salty snacks. (If salt is in the top four ingredients listed on the label, it’s too salty.)
3. Avoid adding salt and canned vegetables to homemade dishes.
4. Select fat-free or low-fat milk, low-sodium cheese, and low-fat yogurt.
5. When eating out, ask for dishes prepared without salt.
6. Use spices and herbs instead of salt to enhance taste.
7. At home, put down the saltshaker and step away.
8. Read the labels! Identify foods that have a high sodium content.
9. Limit daily sodium intake to between 1,500 and 2,400 milligrams.

If you are older than 50, are black or have a health condition such as high blood pressure, chronic kidney disease or diabetes, you may be more sensitive to the blood pressure raising effects of sodium. As a result, aim for a sodium limit at the low end of the range recommended for healthy adults. Talk to your doctor about the sodium limit that’s best for you. Eating salty foods is more habit than nutritional necessity, and habits can be changed—at any age.

Here is a resource to find the salt content in common foods: http://www.lvhn.org/downloads/hy/2006-09/sodium_content.pdf You can also call our office at 248/288-9500 to make an appointment to learn how to better your health through better diet and regular exercise.

How Dangerous Is The Flu?

Flu is unpredictable and how severe it is can vary widely from one season to the next depending on many things, including:

So, What Actually Is A Stroke?

The Many Benefits of a Plant-Based Diet

As some of you have already learned from my pages and my blogs, I eat and advocate eating a healthy plant-based diet.

Signs of Skin Cancer and Prevention

This year an estimated one million Americans will be diagnosed with skin cancer, and 9,000 will die from the disease according to the Skin Cancer Foundation. Skin cancer is the most prevalent form of all cancers in the United States.

WASHINGTON — Nearly half the people who need potentially lifesaving checks for the nation’s No. 2 cancer killer — colorectal cancer — miss them, despite years of public efforts to make colon screening as widespread as tests for breast and prostate cancer.

Heart disease risk factors are conditions or habits that make a person more likely to develop the disease. They can also increase the chances that an existing disease will get worse. Important risk factors for heart disease include: